Warning: session_start(): Cannot start session when headers already sent in /home/customer/www/pbsells.com/public_html/wp-content/themes/houzez/framework/classes/Houzez_Compare_Properties.php on line 16
 Famous People Who Have Homes in Pasadena – The Real Estate Team LA
User registration is disabled in this demo.

Famous People Who Have Homes in Pasadena 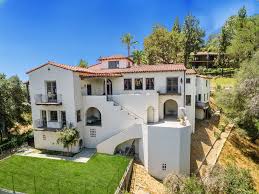 This article was originally posted by Discovering Pasadena.

Eds childhood Pasadena home is located at 1881 Las Lunas, Pasadena, CA.  The inside of his album ‘That’s All Folks’ contains a photo of this home and his senior high school picture.  Here are some more recent pictures of the home.  Eddie attended Hamilton Elementary school and Pasadena High School. 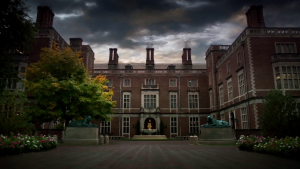 This is where “Batman” the TV series was filmed.  It is at 380 San Rafael Avenue, Pasadena, CA. Rumors are that Paul McCartney owns this home.

The mansion was owned by Michael Armand Hammer, grandson of the late philanthropist and oil man Armand Hammer.  The mansion which was build in 1929.  It was a 12,000-square-foot, 21-room mansion and designed by famed architect Paul R. Williams.  It was destroyed in an arson fire on Oct. 5, 2005.  The mansion was located at 160 San Rafael Avenue, Pasadena, CA. This home had been featured in numerous movies, including “Topper,”‘ “Rocky V,” “The Bells of St. Mary’s,” “Three Men and a Little Lady,” “Stand By Me,” “Clue,” and others.  More here and here.  Here are some previous photos of the mansion.

David Lee Roth David grew up near his current home, in the area west of Huntington Hospital in Pasadena, in the general area of Mayfield Senior School and the Tournament House. Dave now lives in a beautiful 11,000+ sq ft home on over 2 acres. Dr. Roth, Dave’s dad, owned the Raymond Theatre in Pasadena in the 1970’s.

Jackie RobinsonA little plaque is located at 121 Pepper Street where he grew up, where he learned to run, threw oranges from neighbors’ trees, first fired a baseball under the tutelage of three older brothers, one of whom would star in the most famous Olympics of all.  Here is a picture of his home today.  You can see the plaque in front.  More about Jackie here.  The bust of the two Robinson brothers (Jackie and Mack), erected across from City Hall in 1997, make note of Jackie’s animus toward the city. Mack’s bust faces City Hall, while Jackie’s faces to the east and toward Brooklyn, where the Dodgers gave him the chance to make history.

Mack Robinson
Jackie’s older brother Mack also lived in the same house a little plaque is located at 121 Pepper Streetwhere he grew up.  He stared in the most famous Olympics of all. Matthew “Mack” Robinson at the 1936 Olympics at Berlin’s Olympic Stadium. Mack was the silver medalist in the 200 meter track event right behind Jesse Owens.  Here is a picture of his home today.  You can see the plaque in front.

Albert Einstein
At the height of his fame, Albert Einstein was drawn to Pasadena for three winters in the early 1930’s because of the scientific work and groundbreaking developments coming out of the California Institute of Technology, (Caltech) and the Carnegie Institute’s Mt. Wilson Observatory. It was also a forum to express his views on peace and world affairs.

Marston Glenn Hefner
Son of Playboy founder Hugh Hefner lives in the Westgate Apartments in Pasadena. In February of 2012, Marston received a restraining order due to a violent confrontation with Claire Sinclair a Playboy model (October 2010) in his apartment. 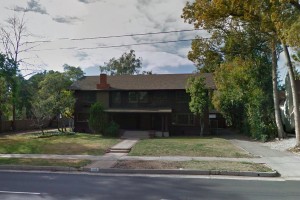 Home where Julie Child once lived on Pasadena Avenue.

Fact-checking the life of Julia Child
Introducing “Dearie: The Remarkable Life of Julia Child” by Bob Spitz, which will be published as part of the 100th anniversary of the birth of the great cook, writer, television genius and Pasadena native.

Pasadena Celebrates a Century of Julia Child
On Wednesday, August 15th, 2012 local businesses had a 100th birthday celebration honoring the celebrity chef who lived in Pasadena.

New Biography of Julia Child
On Saturday, September 8th, 2012 Bob Spitz released his new book “Dearie: The Remarkable Life of Julia Child” at Vroman’s bookstore.  Bob Spitz had complete access to her archive and private papers at Harvard’s Schlesinger Library, where her husband Paul Child’s letters to her are also kept. Both families, he said, shared their private memories, photographs and scrapbooks, providing a complete picture of her life.

Jay Leno
His famous garage is located at 3158 North Damon Way, Burbank, CA.  Here is an article about the solar panels on his garage.  His residence is at 1149 Tower Rd., Beverly Hills, CA where you can see his garage here.

Frank Lloyd Wright’s Mallard  House or La Miniatura
This home is located at 645 Prospect Crescent, Pasadena, CA.  Recognized by Wright as his earliest “Usonian” house, La Miniatura is also the first residence to utilize Frank Lloyd Wright’s highly inventive textile block building system. The Millard House is internationally recognized as one of the world’s most important works of residential architecture.  Following a multi-year restoration in 2013, the complex offers one of the most romantic and creative living spaces anywhere. Sited on nearly an acre of gardens within the Prospect Historic District of Pasadena, the residence and studio include: 4 bedrooms and 4 baths, 2 kitchens, living room, formal dining room, and semi-attached garages. The Millard House is listed on the National Register of Historic Places. More here.

Bill Nye (The Science Guy)
Bill is the chief executive of the Planetary Society in Pasadena.  He lives in Studio City in a modest home shown here.  His neighbor is actor Ed Begley Jr.

Finding a Realtor you can trust: 10 lessons from online dating

This article was originally posted on The Hollywood Reporter.  "This is f—ing nuts, right?"...